After 200,000 years it’s time to continue the second part of our second day of our first adventure in Paris. :D

Click here for Part 1. And here for the beggining of day 2. If you haven’t watched my video form Paris, here’s a link. :)

So… after we left the Louvre it was time to continue with the next point on our program. On the way to the next beauty passed first in the Seine :D and then along Courthouse. 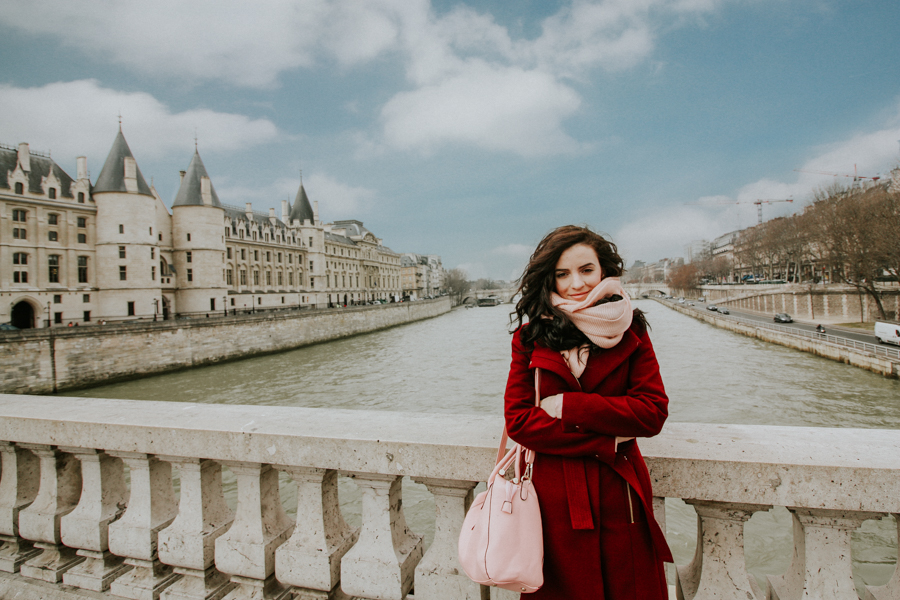 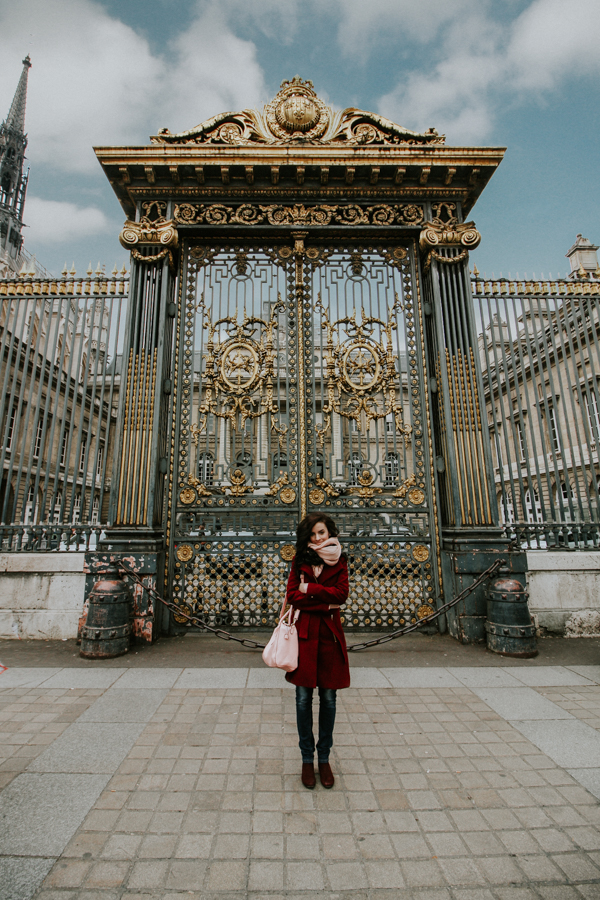 This is one of the gates there. We were headed for Sainte-Chapelle (in French is Holy Chapel, and in translation: Saint chapel). Gothic church, located on the Ile de la Cité( where you can find also Notre Dame).

The plus of this madness, was that the church was almost empty. The minus – There were heavily armed men everywhere.

Sainte Chappelle is another place, in which the entry is free if you are under 25. On the first floor there is nothing interesting.. and it is forbidden to take photos, but once you go up some winding stairs to the second floor the view is amazing.

It’s calm. Magical would say. there are chairs, where everyone can sit and can enjoy the wonderful colors . And this time of the year it was even cold. :D just strange. 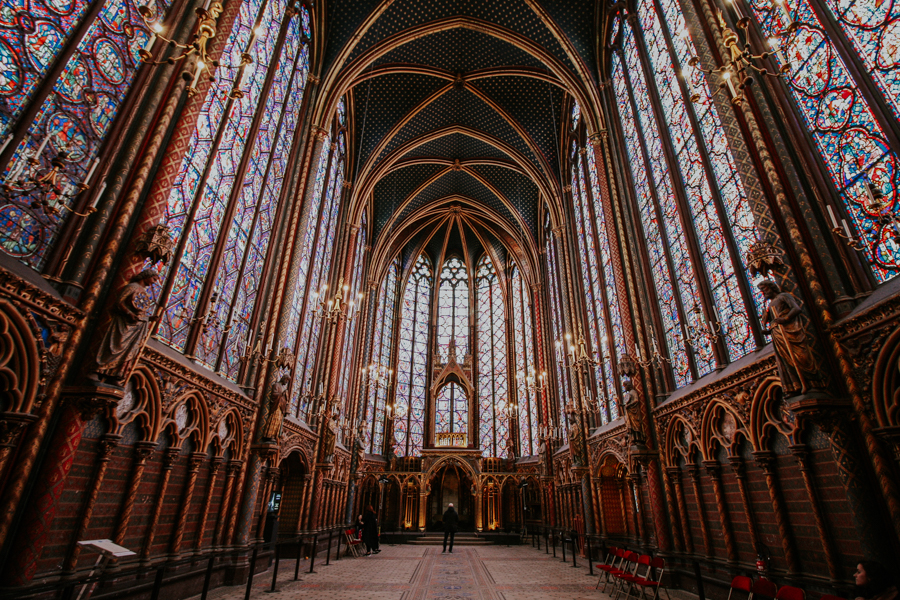 After we took great amont of pictures it was time for the great Notre Dame. And the shock, how huge it actually is. Not a single photograph can show you how magnificent it seems. 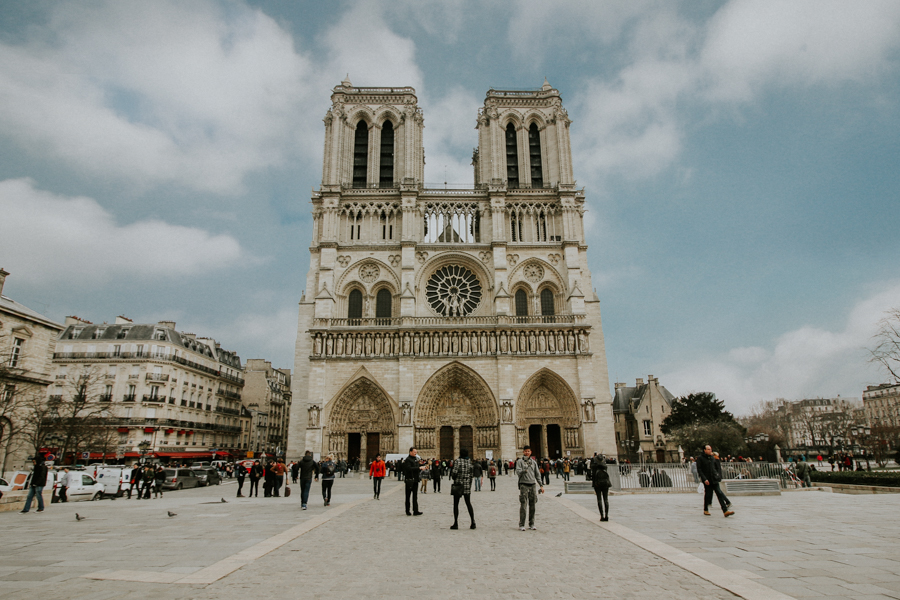 The entrance is free for everyone. They only check your bag. I even entered 2 times within 30 minutes and nobody told me anything. The towers of the cathedral are paid though. I think, that it was free with ID card, or at least the price was reduced. We could’t get there, The lines were long, slowly moving, another 1000 stairs up. too much.

Inside, however, it is wonderful. Another fairytale here. There are enough seats if you accidentally get tired by praying. :D 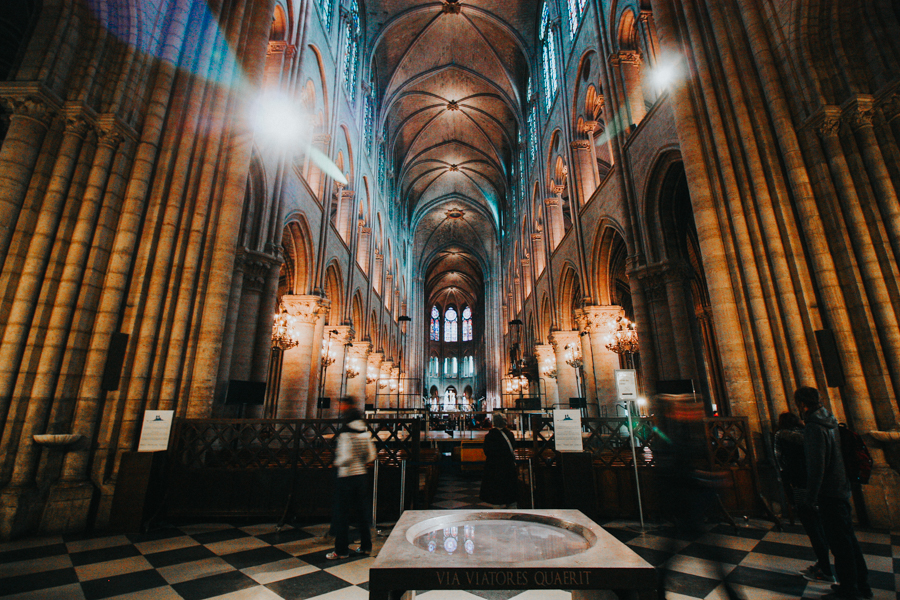 The idea after that was to go to the Pantheon, as it is nearby. But my legs hurt so much already, I didn’t want to move. And if its not fun even if you go to paradise you will not appreciate it. So a bit disappointed we went back to our hotel. Best rest in my life.

Later we went to the Arc de Triomphe for the sunset. Everything was planned. :D Furthermore tail. Except the queue. Which was absurdly long. It started from the middle of the underpass under the arch, where you can buy tickets and went up to the entrance, where there was waiting to pass through the metal detector. 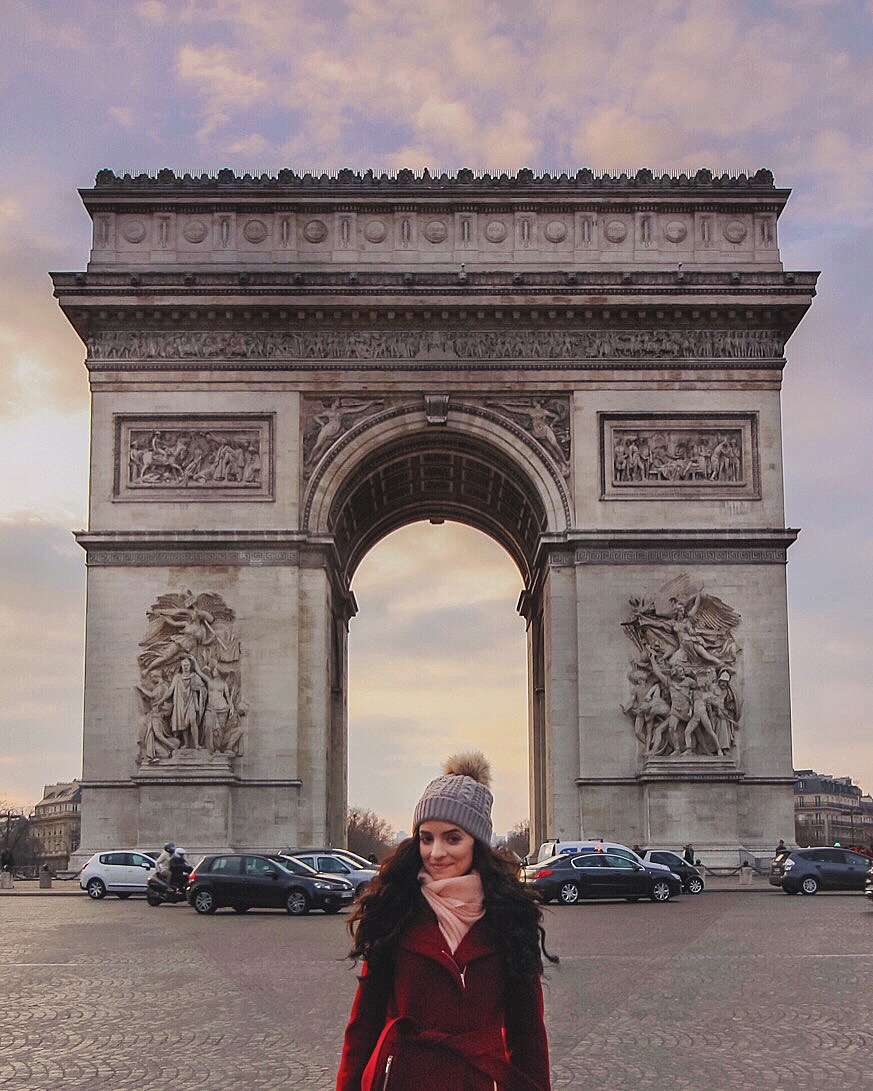 At the beginning of the line they even put a note, that from there to the top 1 you wait 1 hour. I went crazy. We had to wait 2 queues – first for tickets, because even thugh the entrance is free for people under 25, you have to show your ID so they can give you a ticket. Then we had to wait for the detector. And then to climb 284 steps up. Without missing the sunset, which was already begun.

Honestly, I have no idea how we did it. I had the feeling, that we climbed the stairs running for a maximum of five minutes.. what pain, what 5lv – we were missing the sunset!! :D 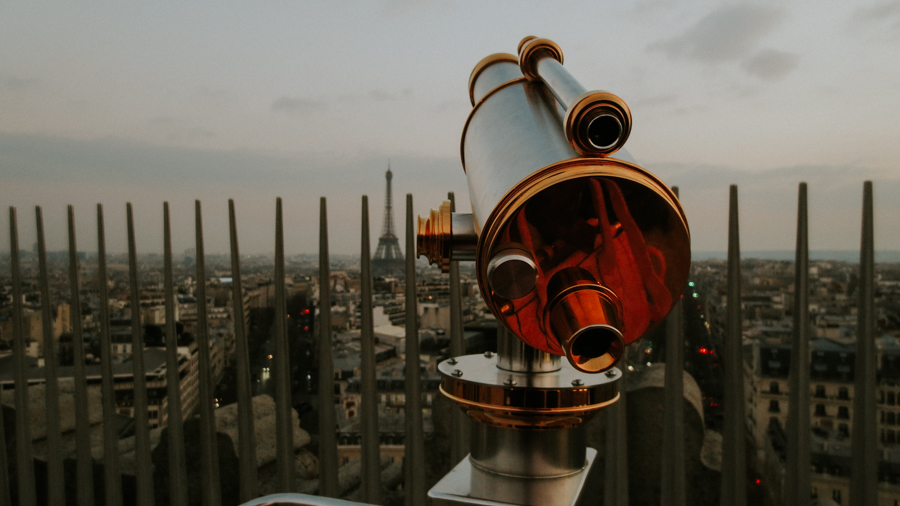 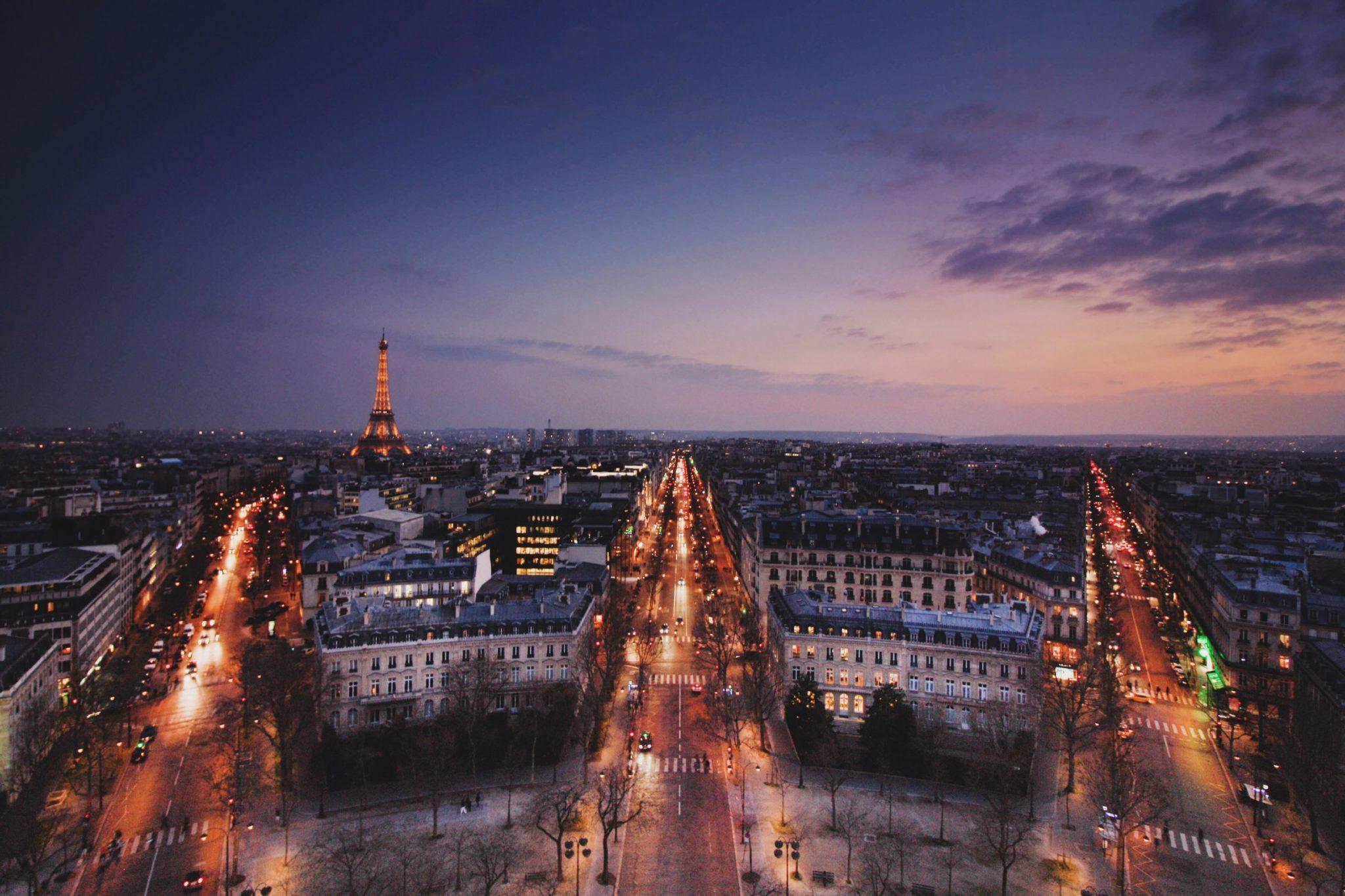 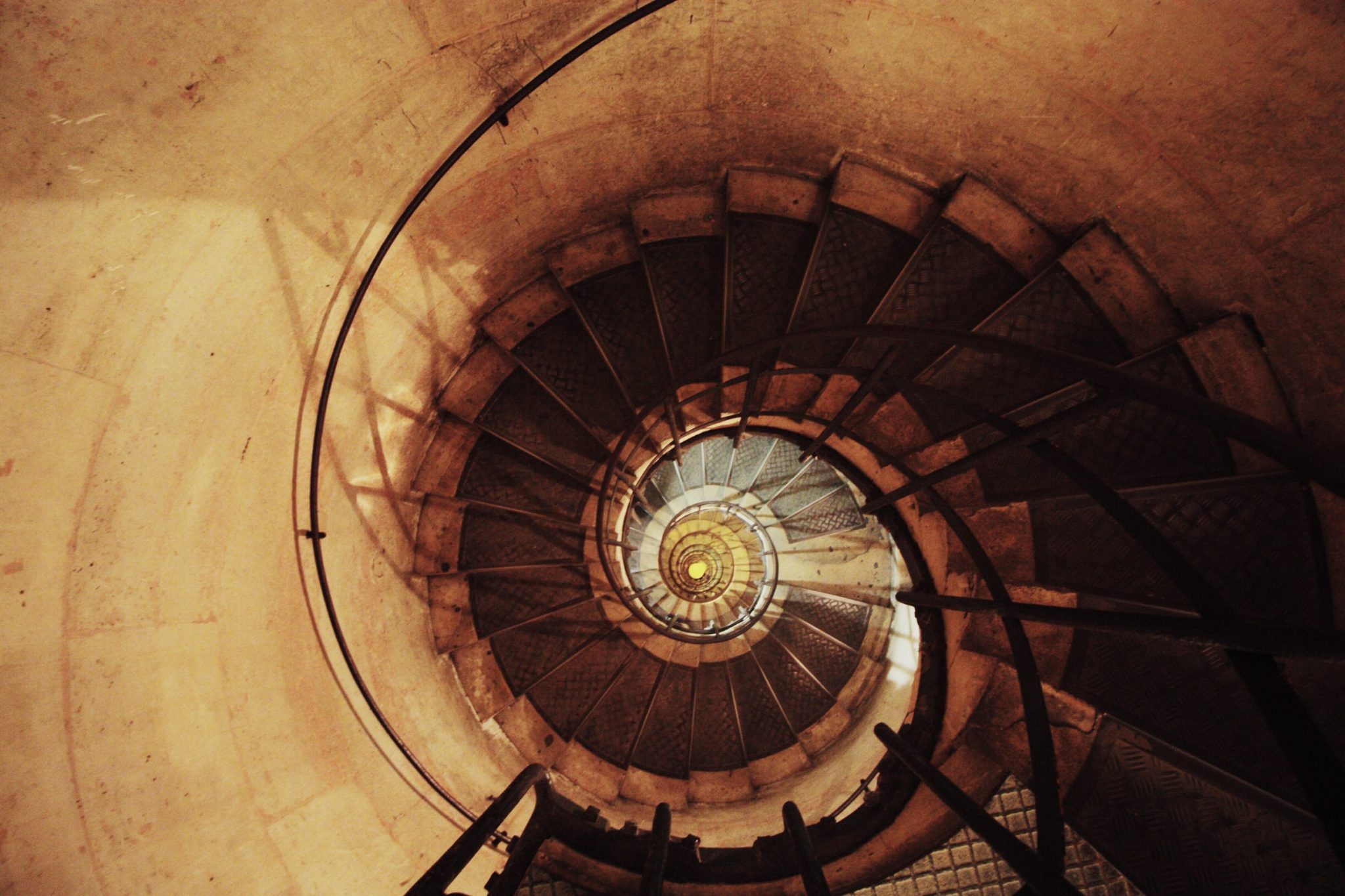 After these big emotions we calmed down and we could relax by walking around the streets in Paris. Accidentally got to the Ferris wheel, which can be seen from the arch. And since we only live once, we got on it. One of the best choices in my life. 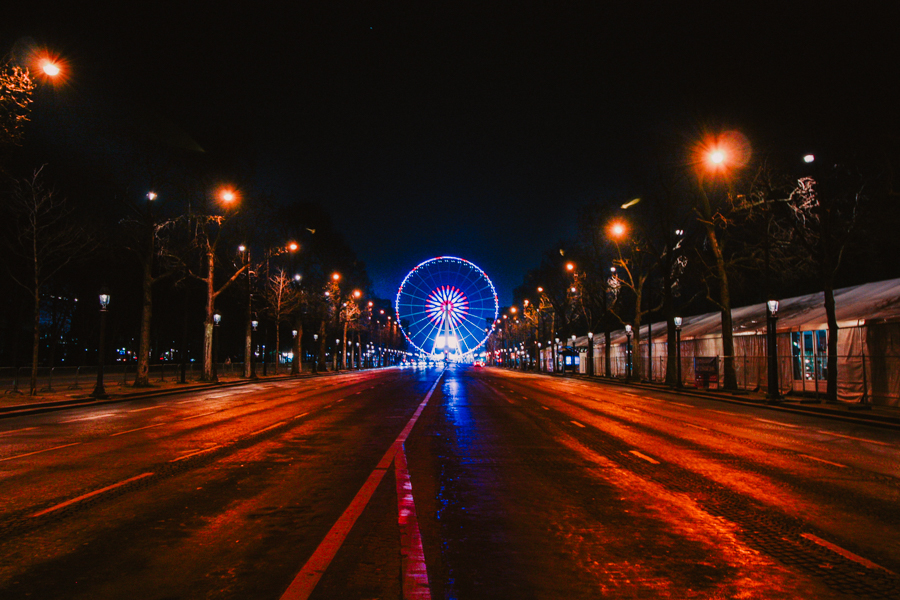 The view is amazing, and the luck we had was absurd. Who could tell, that every hour when it gets dark the Eiffel tower starts sparkling. And to see this for the first time without expecting it from such a place is magical! 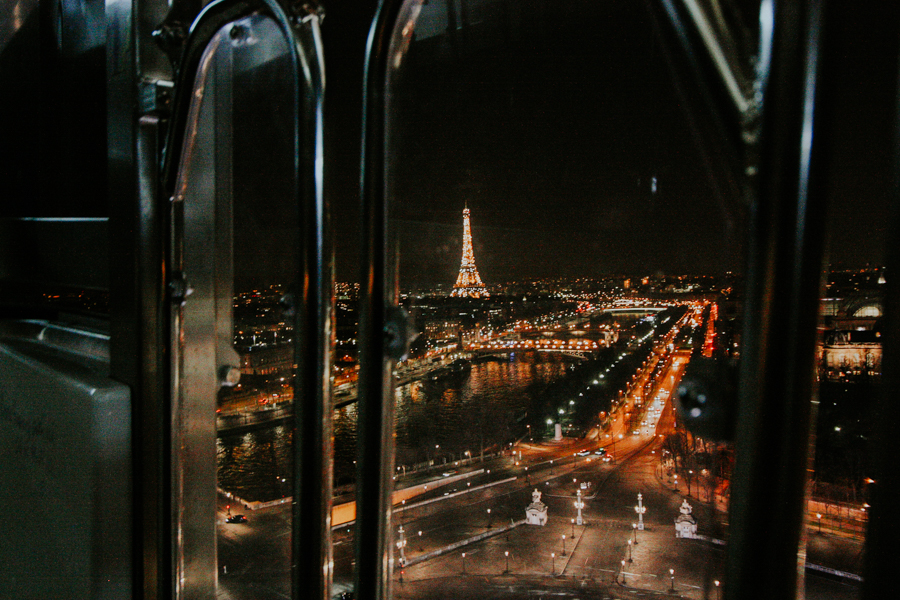 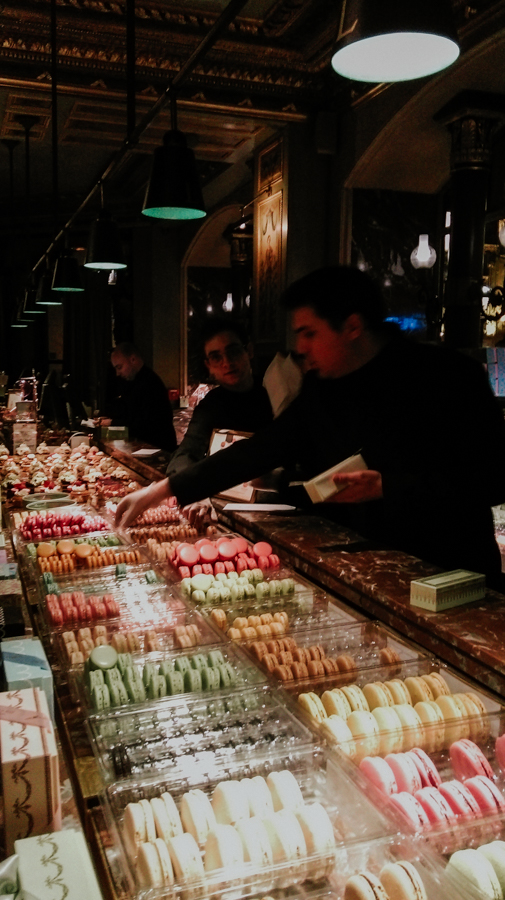 Then we had only one task – Laduree. I just could not imagine going to Paris and not trying these notorious macaroni.

And also it is on Champs-Elysees so we couldn’t miss seeing this boulevard.

During the day I do not know whether it is impressive at all, but during the evening is very nice.

So about the sweets – There was such a huge choice, that I wanted to stay to sleep there. :D A sellers were very kind, The guys there were extremely nice even though we bought 1/10 of the things, the other customers were buying. 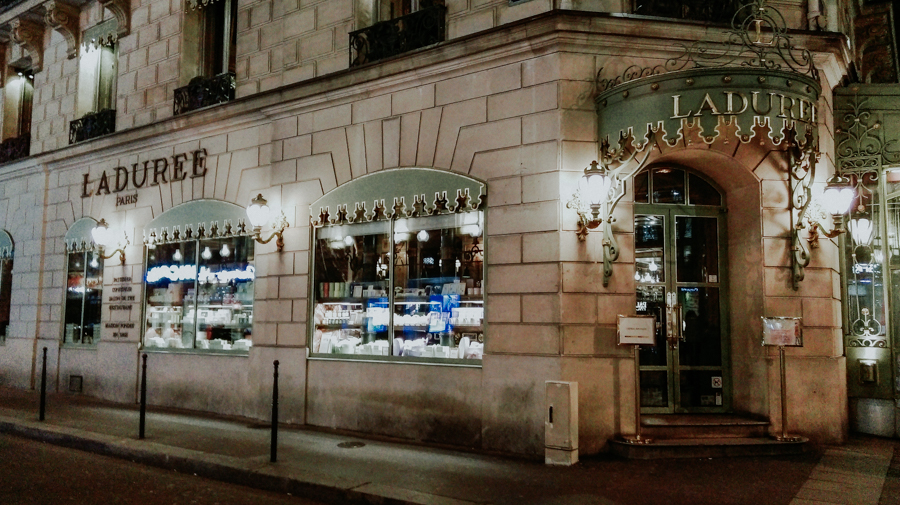 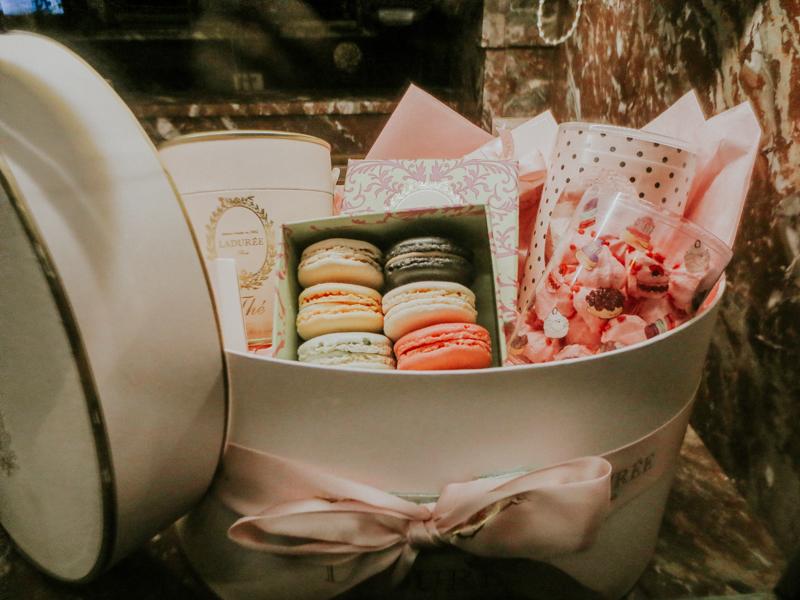 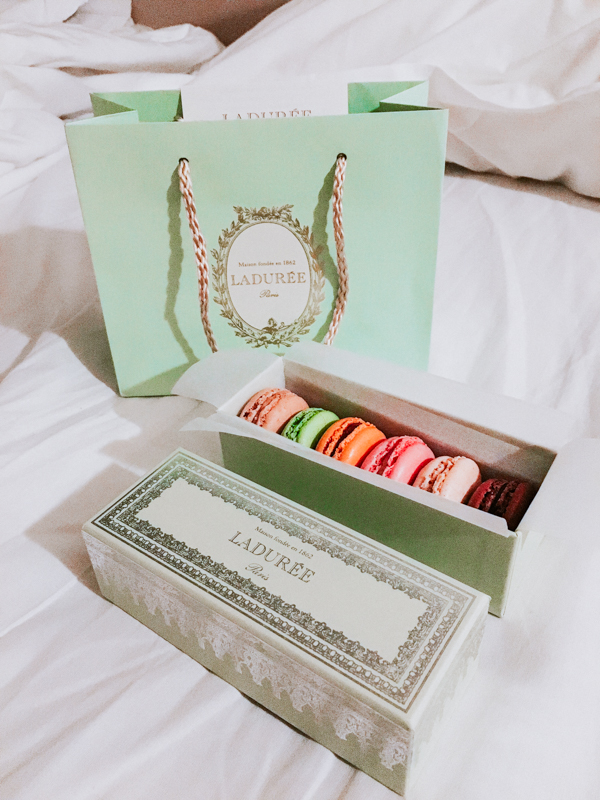 We asked them to choose for us 6 Macaroons of their taste. As a first attempt. And honestly I would give these money every day for this incredible taste. So far anywhere in Bulgaria I have not find anything half like them. They just melt in your mouth and despite the amount of sugar, enough for diabetes in each of macaroon, no intrusive sweet taste remains at all. It’s been months since, and again I lusted after as if it was just a moment ago. :D

It was really a wonderful day, despite negative emotions. But somehow without them is not the same. You don’t appreciate it so much. :)

The next day we went to Versailles and the Eiffel Tower.. place, I expected to disappoint me.