Click here for the first part of our Paris adventure. If you haven’t watched my video form Paris, here’s a link. :)

The second day was a loong one. I do not know if I will be able to gather it in only one post. we will see. Probably in half of my life I havent experienced so many things at once.
|We had to get up early so we can reach the Louvre in time. To wait in line more than an hour. Poor choice. If you go to the Louvre go later, after 10 in the morning.. Then there wasn’t a living soul at the queue. But why this happens?? After the attacks in most of the landmarks in Paris there are detectors, so each visitor must pass through them. Then follows queue for buying tickets.
Here is an important point, which we found quite by accident for Paris – EU citizens aged 25 years or less can visit most of the landmarks for free. Your ID card is your ticket. We waited on the queues for tickets just in case. so they can confirm. :D And in some places you issue a ticket as you see age.. So the Louvre is one of these landmarks(along with the Arc de Triomphe, Versailles, etc). However you don’t skip the detectors.
We survived this waiting as well. And after that began the endless walking in the vast halls of the museum. They provide maps on Information. Really usefull. Because it is huge. HUGE! People set apart a couple of days so they can see everything. We decided a couple of hours 2-3 is enough. :D 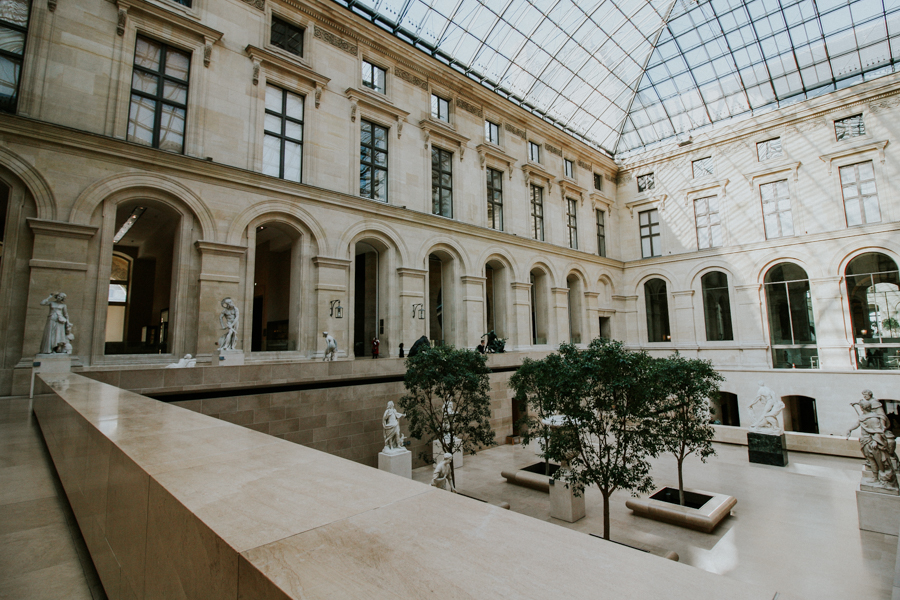 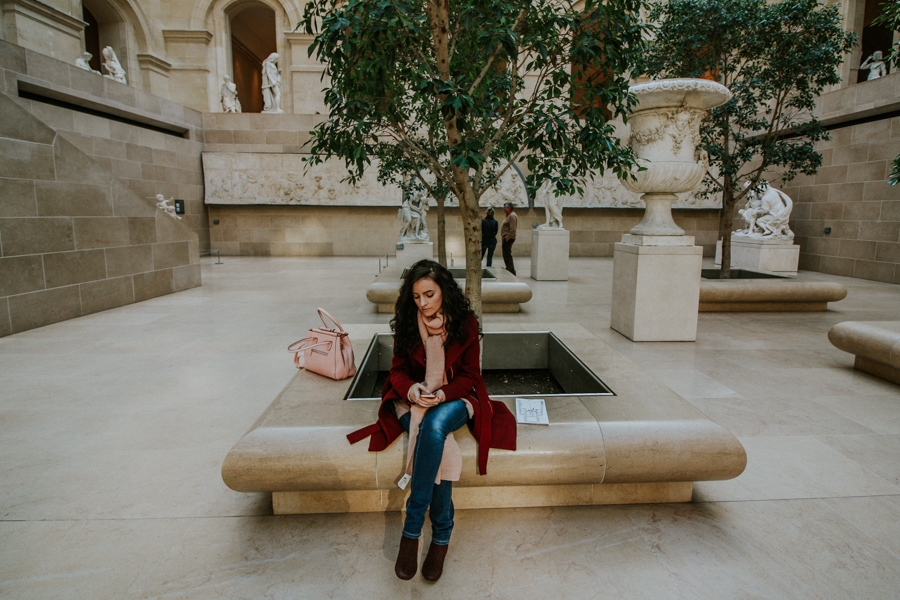 All this makeup and nice clothes were, just because I thought, that somehow in such a place it’s not very decent to go in a tracksuit, T-shirt or something. Imagine my shock, when I noticed, that 1/3 some visitors had done just that. 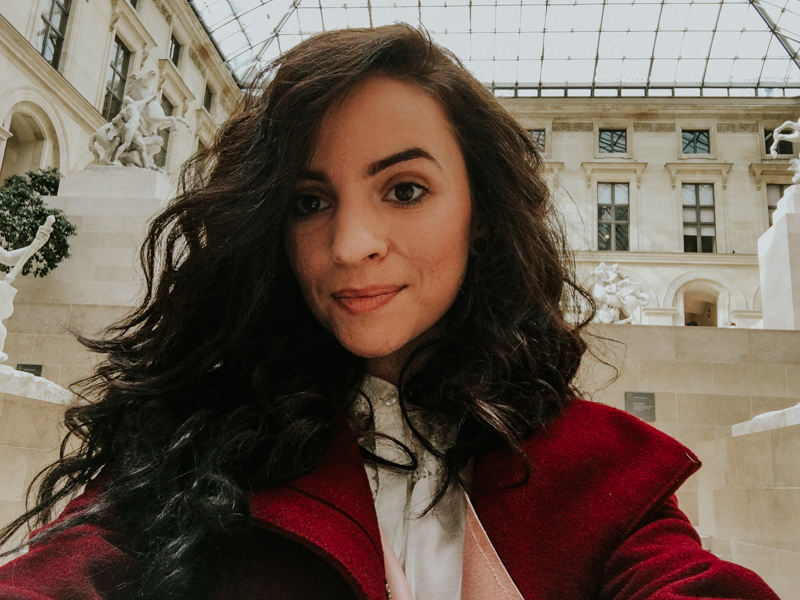 The halls are separated in periods and it is as if you go through the history of the world and of humanity as a whole in no time. These particular were the emptiest halls. the important thing is to be photographed with Mona Lisa. Everything else is not interesting. 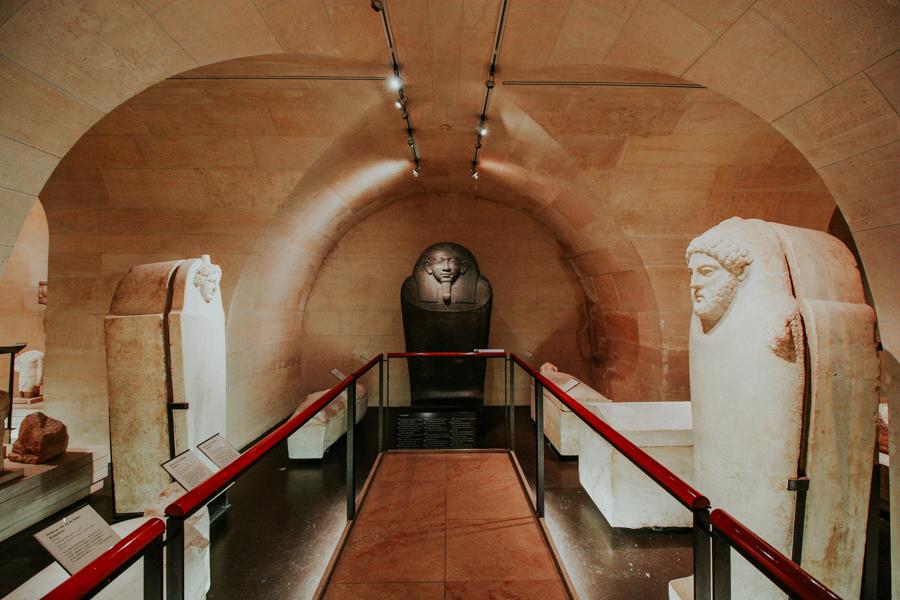 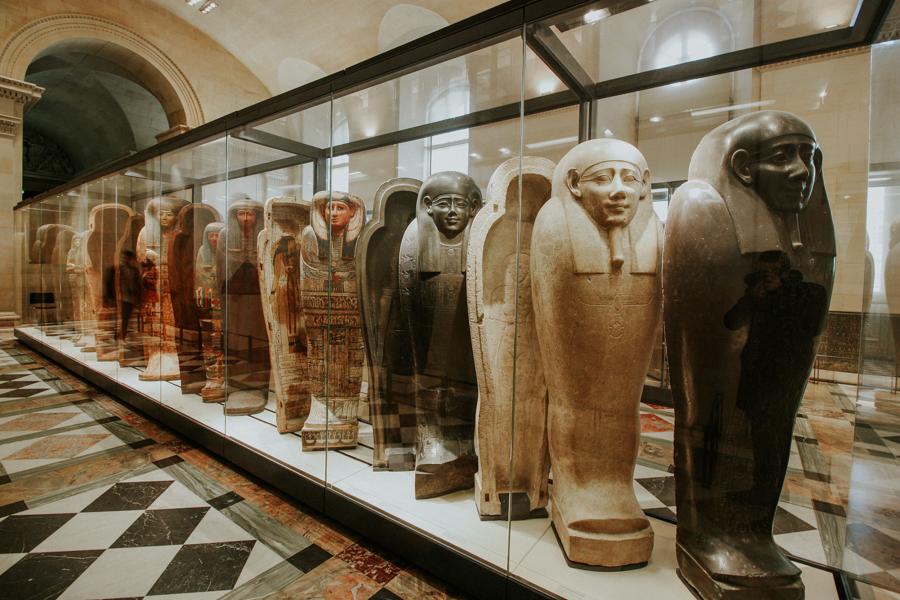 Galerie d’Apollon maybe is the second most popular place in the Louvre.. for selfies and photos. Ridiculously beautiful. If only it was empty of people. :D 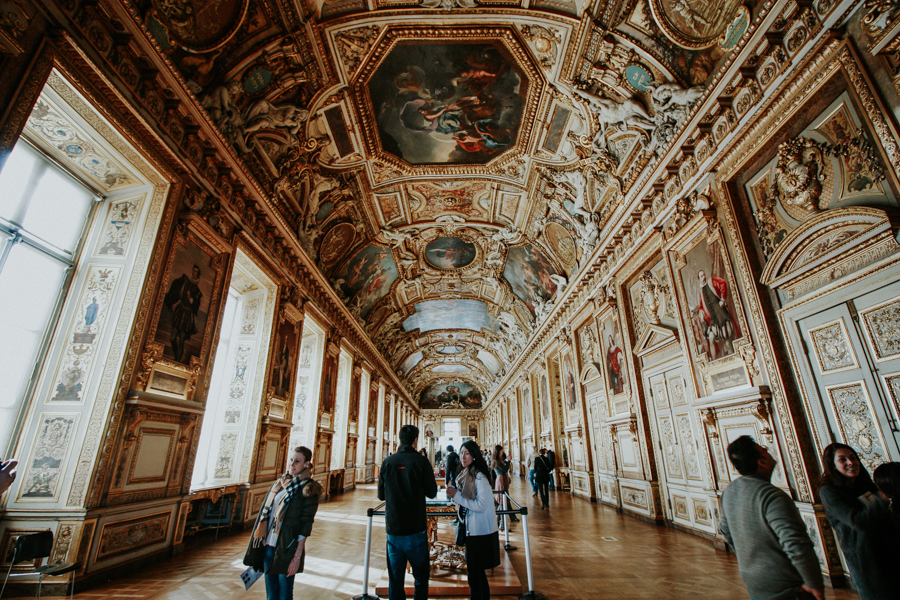 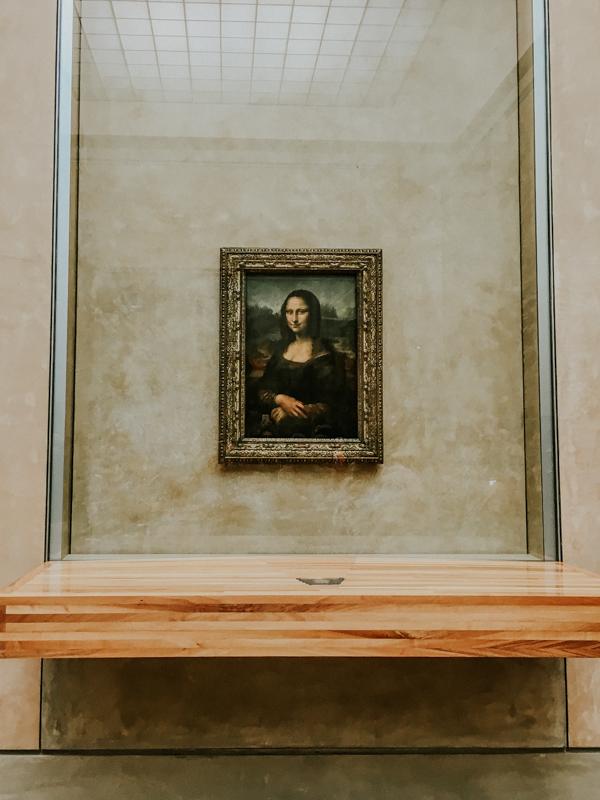 We reached the Mona Lisa, Yes.. there are signs with arrows where is the hall, but it is easier to follow the crowd. Honestly it was one of the most difficult pictures in my life.. There were so many people in front of this in fact so tiny picture, I literally felt ill. Of course, I wanted a picture with her.. but after a few elbow in the ribs, occurrences of ferocious Chinese tourists and screams in my ears.. it wasn’t worth it. You can see a bit of the situation in the clip from 0:35 second. The plus in the halls around the one with Mona Lisa, is that there are benches for visitors. You can sit and contemplate a picture all eternity. Or at least until some crazy tourist doesn’t poke his ass in your face “without an intention”, while taking his selfie. 😄 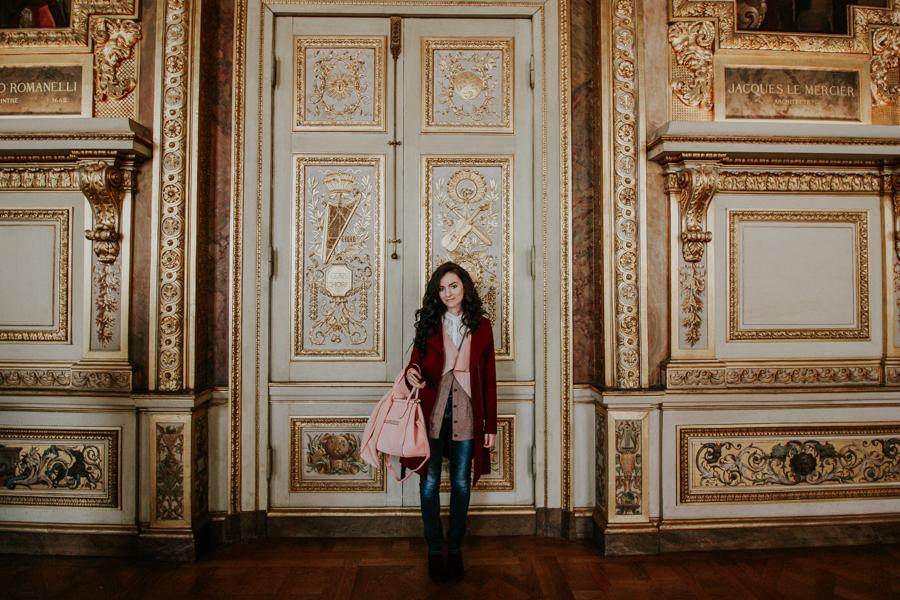 After that we started searching for the suites of Napoleon III, one of the most beautiful places, according to me, in the Louvre. 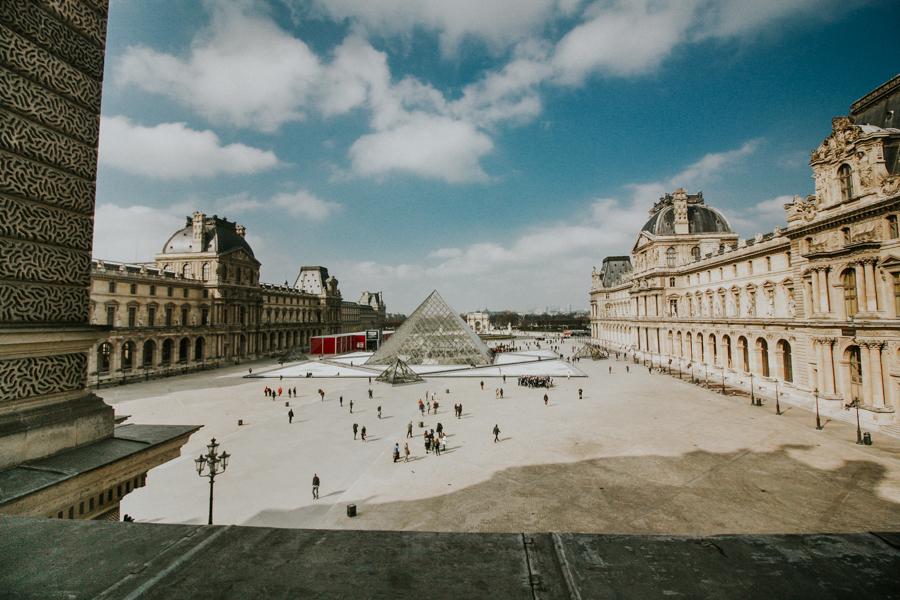 From here begins the tale, that feels like transferring you to another time.. 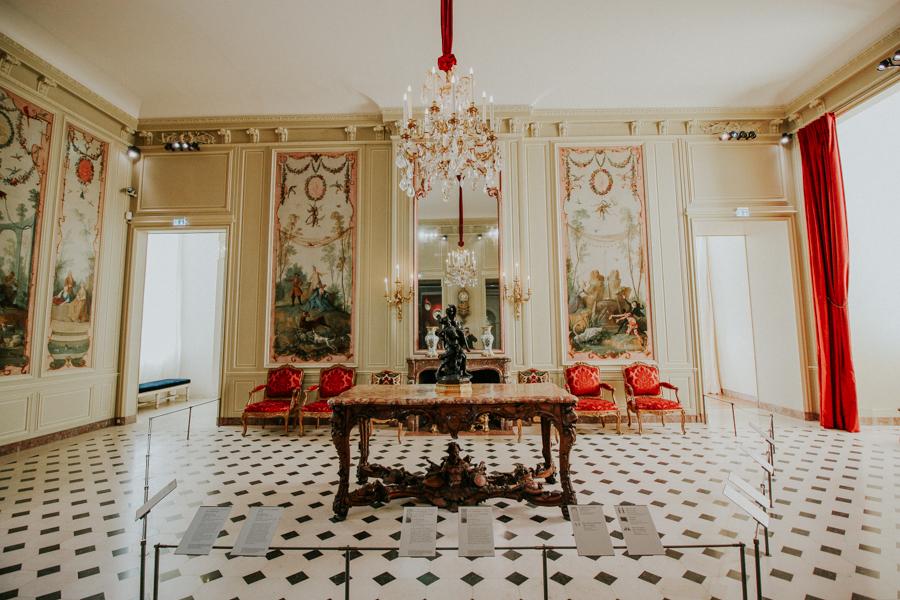 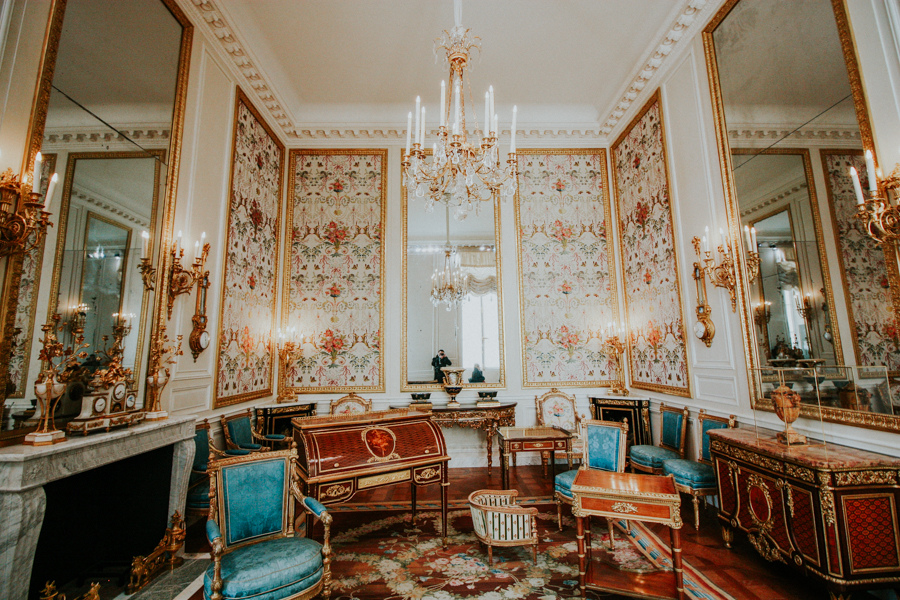 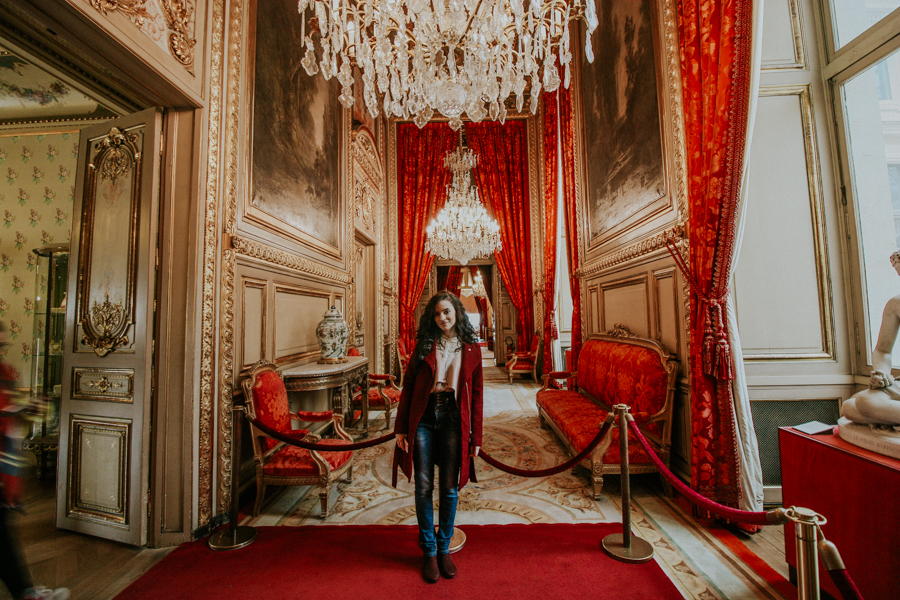 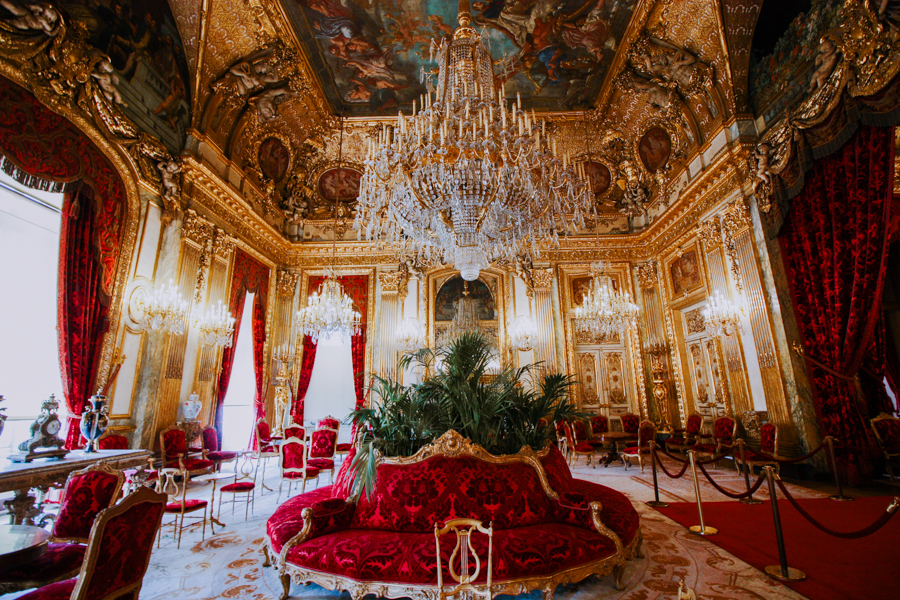 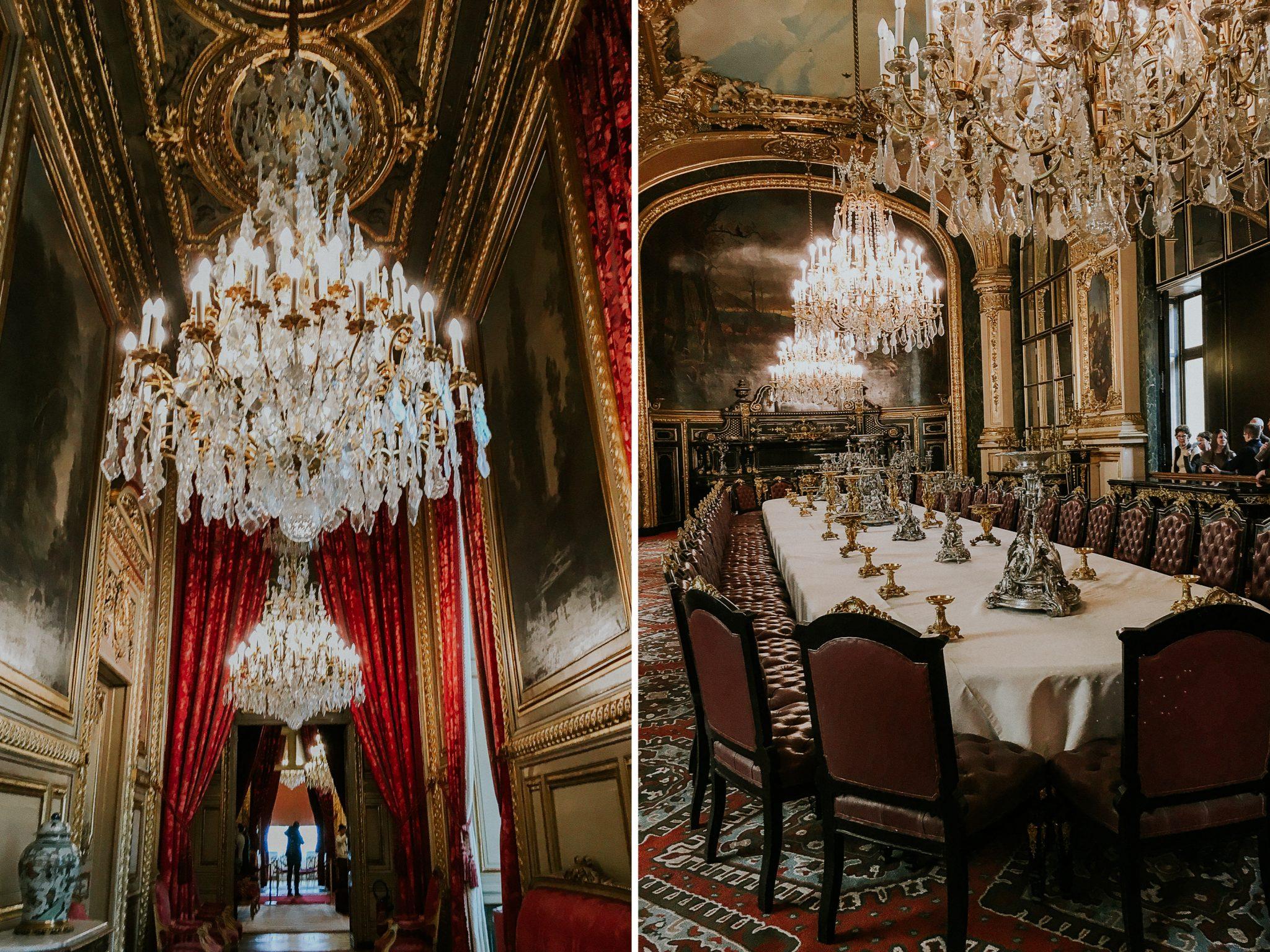 by the way I have a slight weakness for lampshades, so I tried to photograph all possible ones, although, that they are almost the same everywhere. :D 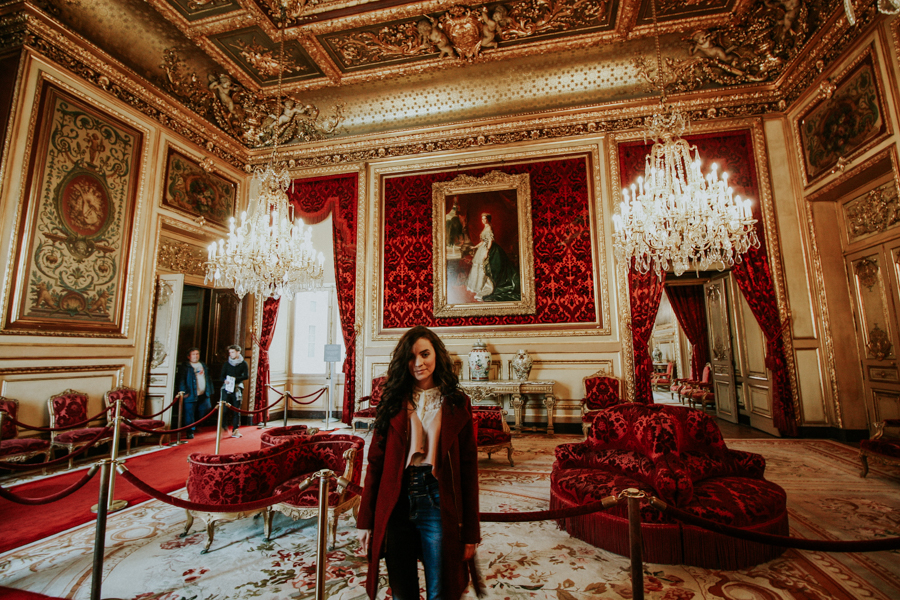 And this is the beginning of the end, or the path to exit, where the inverted pyramid is the latest attraction, collecting heaps of people in one place. How many nerves I wasted here it’s not real.. I definitely need private visits to tourist sites. :D 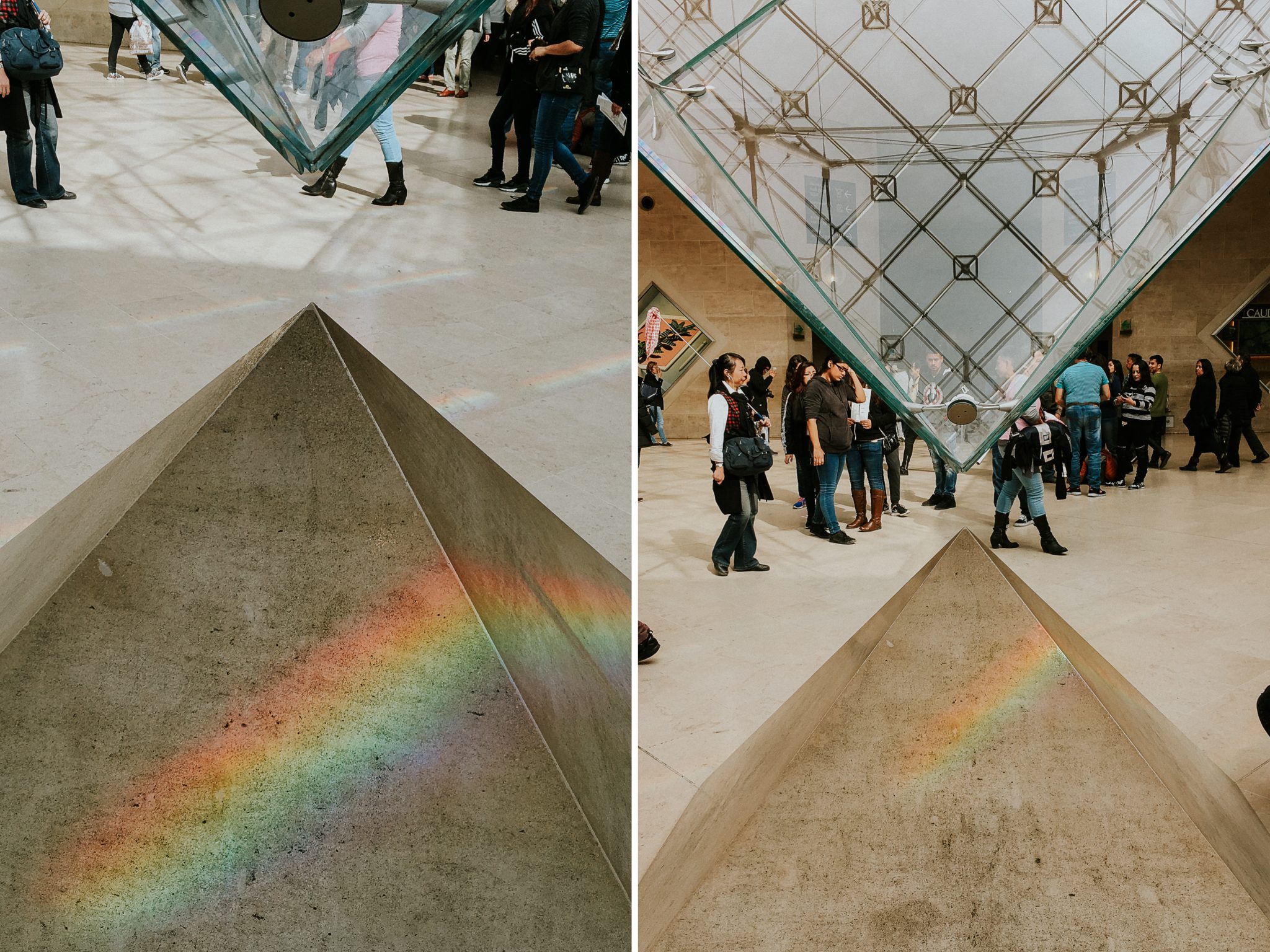 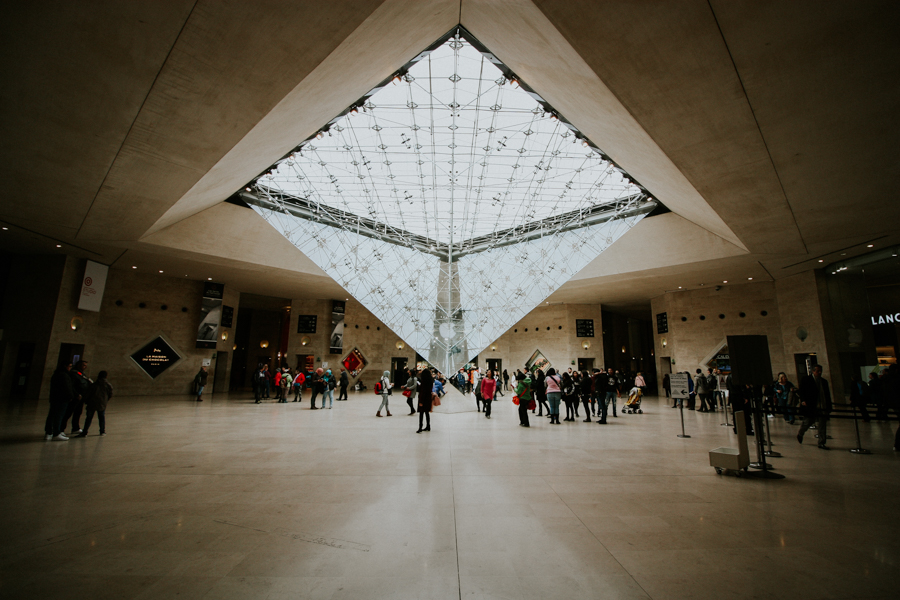 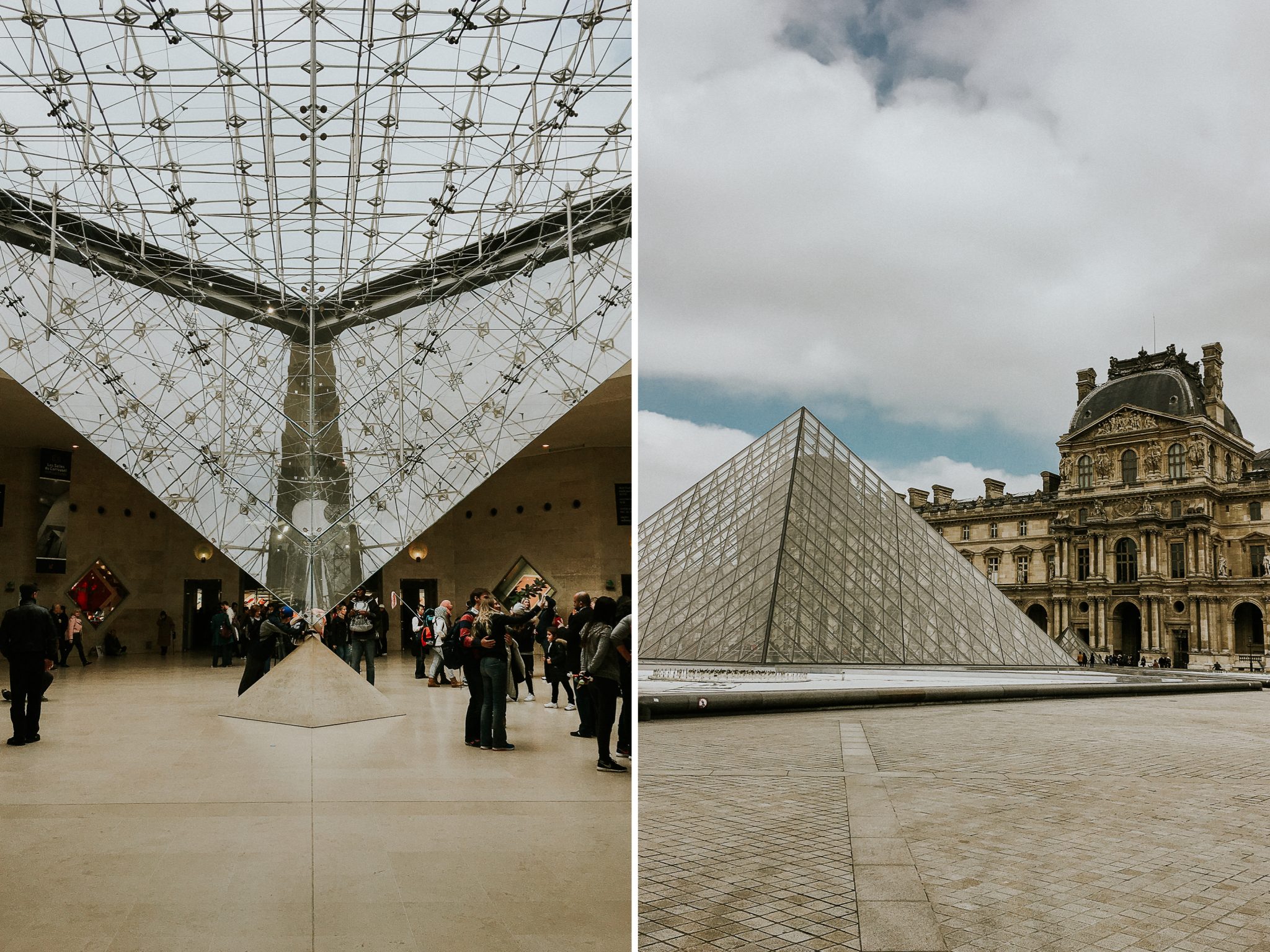 At least outside there weren’t so many people and we could enjoy in peace the beautiful architecture. How many selfies I managed to take. and how in fact I wanted to take.. It’s not for saying. :D 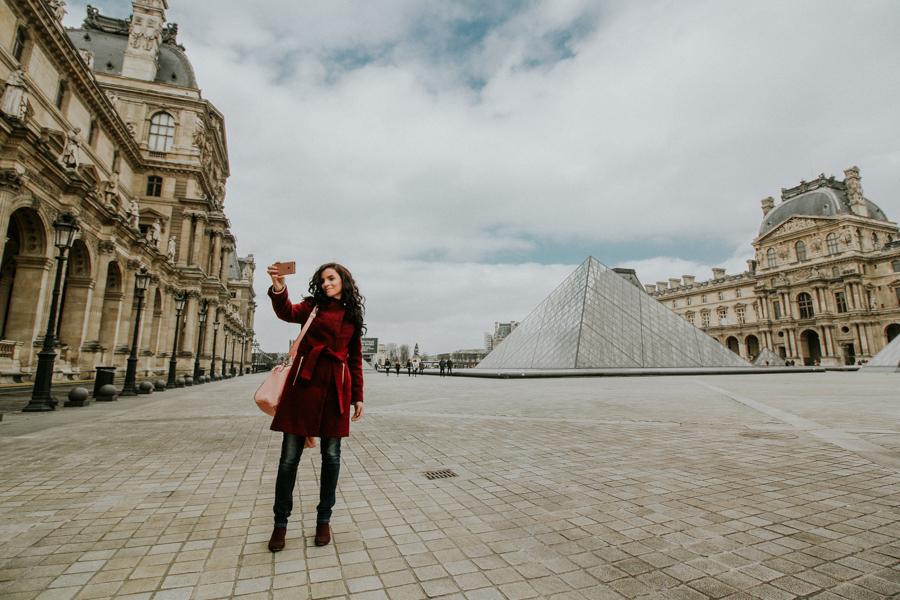 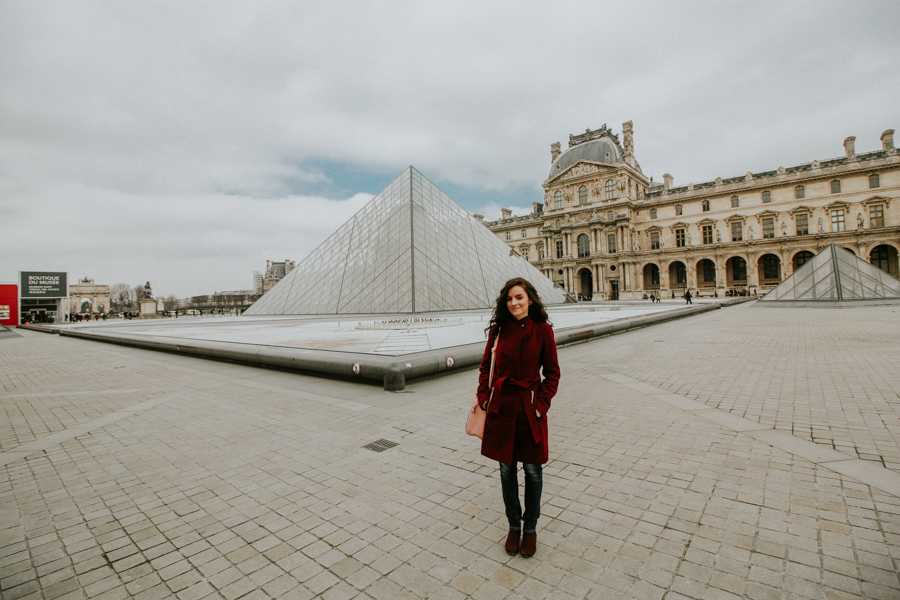 The Louvre is wonderful. And definitely worth to be given more time to visit. In the summer the fountains outside work and the view becomes even more magnificent.

If you want to experience fairytale nowadays this is the place. :) My words were few in this post, I don’t think, it is appropriate to describe this magic. You have to feel it.

The second part of the day I leave for the next post.